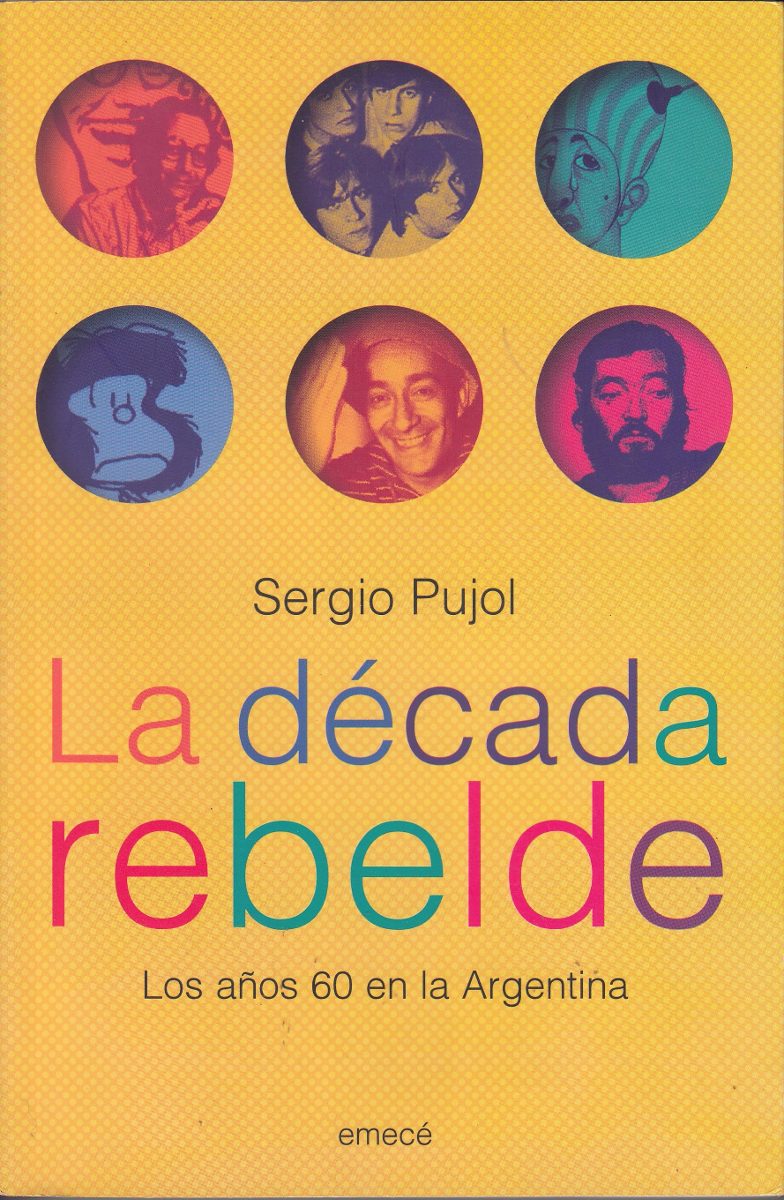 Time of change and utopias , the sixties in Argentina marked the beginning of a tumultuous future. From a meticulous research focused on youth and cultural consumption, Sergio Pujol runs the veil of nostalgia and enters the heart of a time of great effervescence and creativity. It was the years of Mafalda and the Di Tella Institute, the first films by Leonardo Favio and “La balsa de Los Gatos”. The happenings of Marta Minujin were celebrated by the journalists of Primera Plana, while the books of Julio Cortazar were sold massively and the theater undressed the frustrations of the porteña middle class .
The rebel decade rescues the «spirit of the sixties» as manifested in books and magazines, movies and theatrical performances, songs and paintings, television shows and fashion designs . In the pieces of such a varied museum inhabit the dreams of a generation that thought that overcoming the border between art and life could be an adventure as exciting as the Cuban revolution or the arrival of man on the Moon.